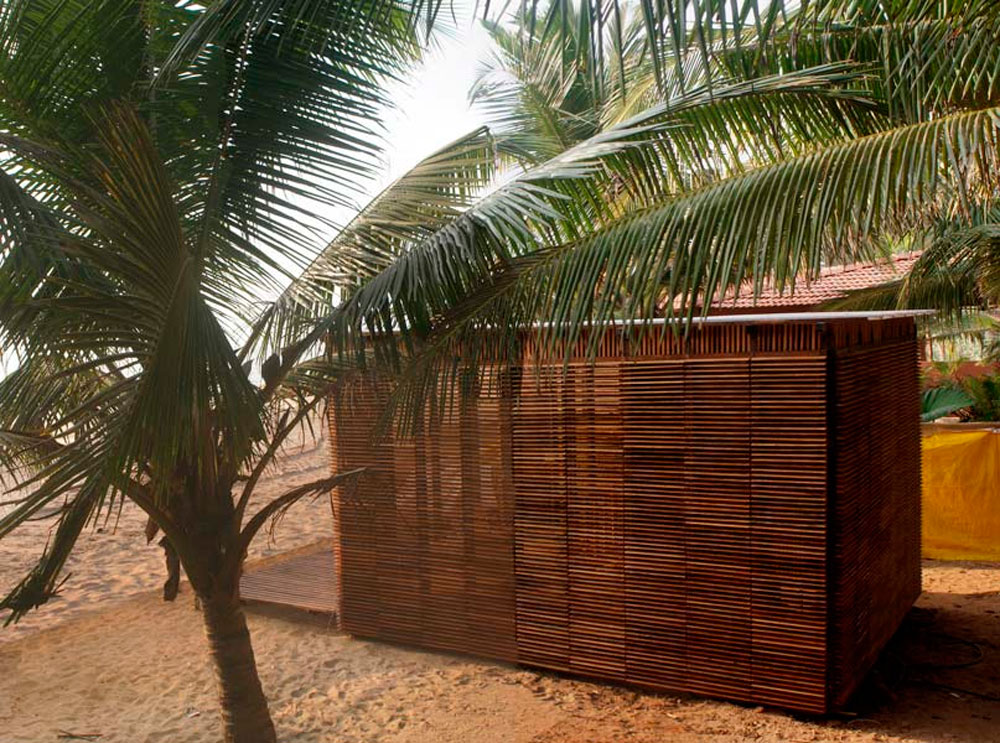 DUNHILL BEACH RESORT - Every winter Goa's beaches flood with tourists seeking a place to relax and enjoy a sense of the beauty within its virgin beaches. 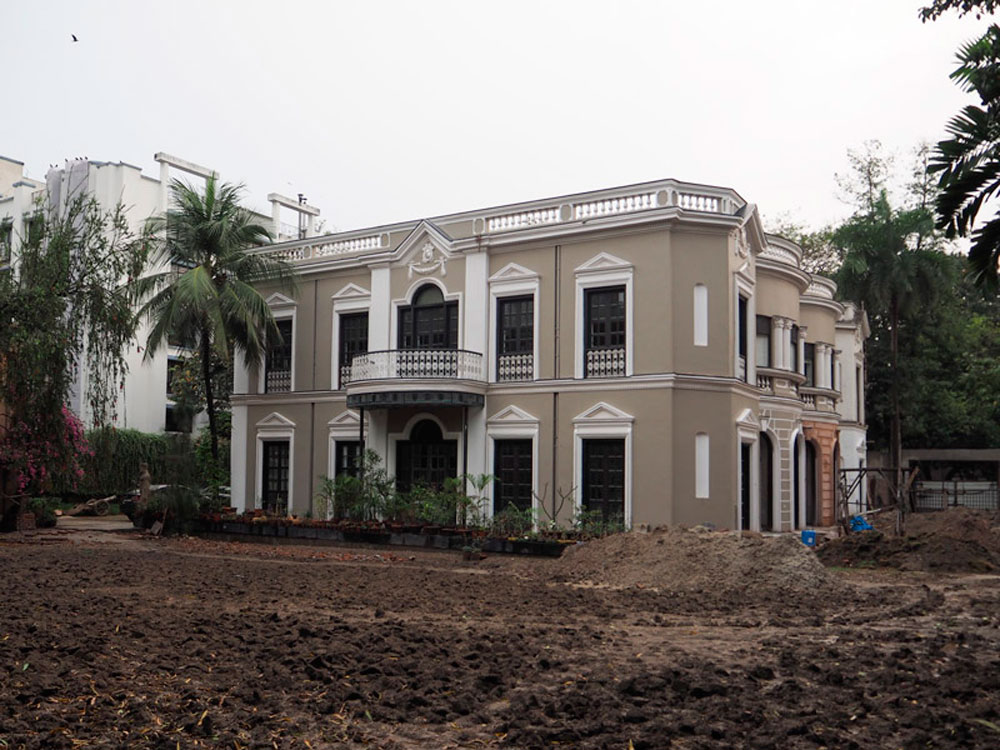 BALLYGUNGE MANOR - The land was held by Pathuriaghata of the Tagore family. Lastly among them it was owned by Prodyot Coomar Tagore Maharaja Bahadur (September 17, 1873 - August 28, 1942). The Maharaja was active in public life.

THE RIPARIAN HOUSE is placed below the crest of a hillock at the foothills of the Ghats near Mumbai. The top of a vegetated roof merges with the top of the hillock, hiding the house while approaching. 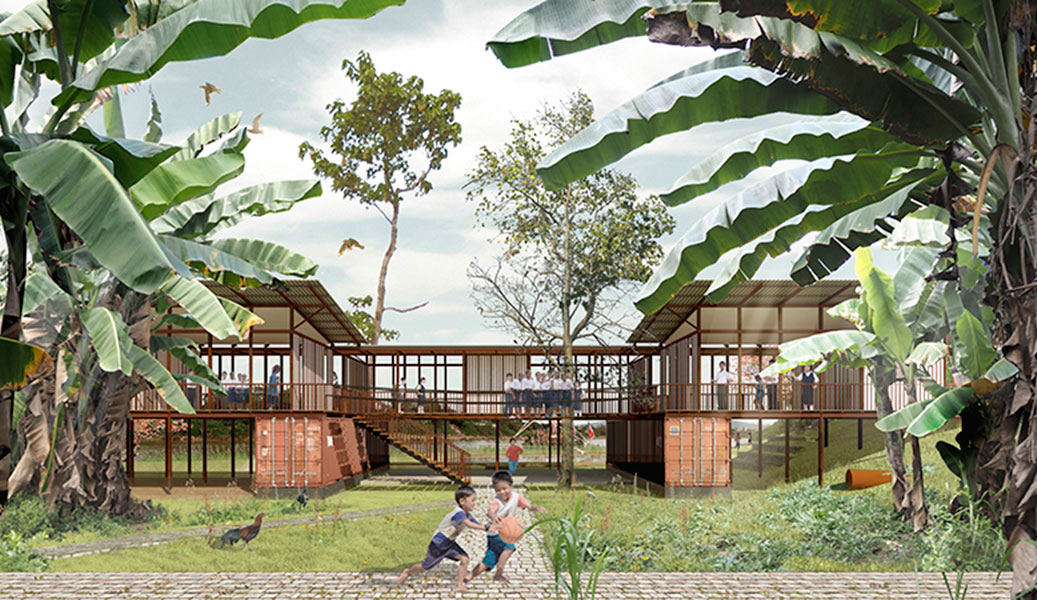 ETANIA GREEN SCHOOL - in who have become marginalised due to their status. 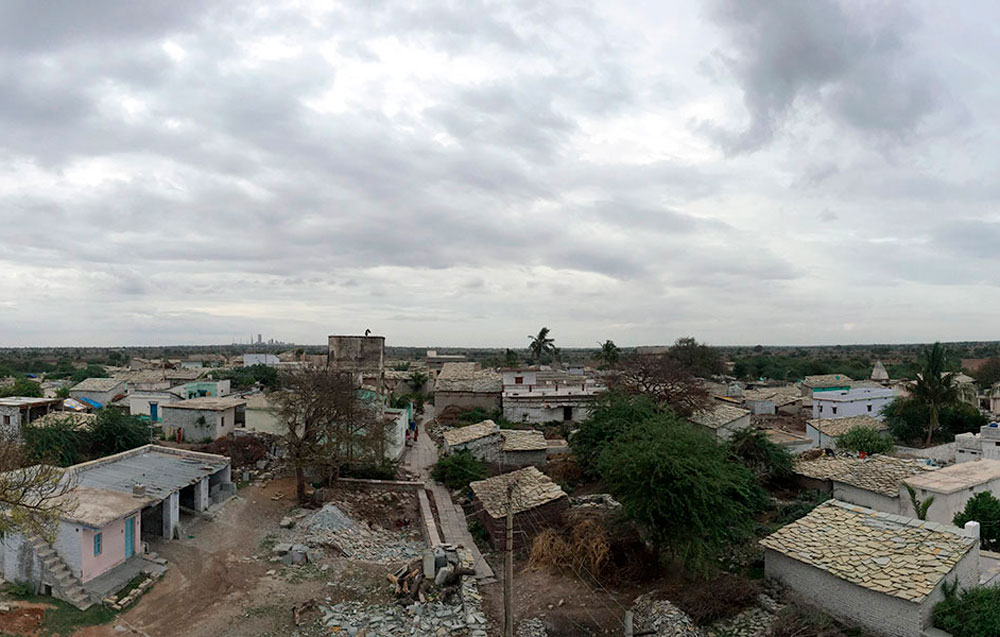 KONCHUR SUSTAINABLE MODEL - Billion Bricks and Architecture BRIO envision to empower Konchur (Karnataka) to turn into a Sustainable Model Village (Adarsh Gram) for New India by initiating strategic interventions and investments that are self scalable by the community. 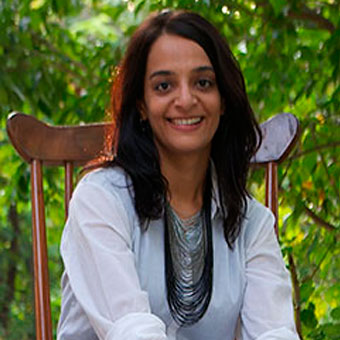 Born in Mumbai, India, Shefali Balwani studied at the renowned School of Architecture C.E.P.T in Ahmedabad. After completing her thesis on the Architecture of contemporary mosques she moved back to Mumbai to work with Rahul Mehrotra. In 2004 she joined the office of Channa Daswatte in Sri Lanka where she was responsible for a variety of projects such as the part refurbishment of Geoffrey Bawa's Lighthouse.

Architecture BRIO is actively engaged in the creation of contextually appropriate solutions within an increasingly changing world. Set up in Mumbai in April 2006, it is a design studio focusing primarily on the fields of Architecture and Interior Design. Over the years the studio has thrived with an energetic team of architects led by Shefali Balwani (C.E.P.T, India) and Robert Verrijt (TUDelft, the Netherlands).

Over the past decade Architecture BRIO has been the recipient of numerous national and international awards. The project House on a Stream won the award for the best residential design at the NDTV Home Design of the Year Awards 2013, the Trends Excellence Awards 2014, and the JKC Architecture of the Year Award 2015. The studio was selected amongst the "AD50", the Architectural Digest India list of the most influential designers in India in 2014 and again in 2016. In 2014, they were awarded the "Best Practice in India" at the Trends Excellence Awards 2014. Casa Brio received the award for the Best Residential Interior at the NDTV Architecture & Design Awards of 2015.